Tactics without strategy is dumbing down our discipline

If marketers want to be taken seriously they must end their preoccupation with tactics and tools and focus on their strategy, devised by thoroughly researching, segmenting and targeting their market.

There is no easy way to start this week’s column without sounding like a wanker, but I am genuinely worried about the state of our discipline. We’ve never been regarded as the most strategic part of the organisation but in the last few years marketing seems to be devolving into a base tactical pursuit devoid of strategic thinking.

To understand my point, you have to realise the distinction between strategy and tactics. Marketing strategy is where we play and how we win in the market. Tactics are how we then deliver on the strategy and execute for success. In traditional military strategy, the generals of old would gather, survey the battlefield in depth, review the enemy’s forces and then decide exactly where to attack, at what time and with which forces. Strategy agreed, the orders would be sent down to the various battalions who then concerned themselves with the tactical business of executing their respective objectives. A troop charged with taking a hill, for example, might deploy its archers and then send in the infantry to finish off the enemy.

In the traditional world of marketing we follow a similar systematic process. First we build a map of the market from research in the form of a decent segmentation. From there we can decide which segments to go after and how to position our brand for optimum success. Finally we devise clear strategic objectives for each target segment specifying the goal we will achieve. Only then – with clarity on who, what and when – do we start to think about tactical execution and which specific tools we might apply.

But that last paragraph now describes an approach in apparent decay. The last decade has seen marketing deluged with a sea of new tools and techniques. The concept of real-time rather than long-term planning has added fuel to the fire. Finally, a new breed of marketer who prefaces their title with the tactical term ‘digital’ has inundated our discipline with under-trained, overly tactical managers who have already selected their mode of execution long before any research or strategy has been even countenanced. They already have their crossbow drawn with no clue where, who or what they are attacking.

Over on the other side of town, Marketing magazine – the long standing rival of Marketing Week – has just been retired and subsumed into a tactical title called Campaign. The editorial team behind the move talk about “creativity”, a “new breed” and “breaking down silos”. But if the exit plan is to move from silos to a giant tactical ghetto where does that leave our discipline?

There used to be a section in every marketing and retail magazine that featured hundreds of promotional gifts and freebies. Golf balls, frisbees and branded pens – you know the kind of thing. There is a very real danger that Campaign and then the rest of British marketing goes this way over the next few years. All this talk of social media platforms, virtual reality and 3D fucking printing is missing the point – the strategic point – of marketing. Our discipline must be founded on understanding consumers and then coming up with the strategy that helps our organisation win in the market. All the tactical mish-mash and creative hoo-haa that follows is an important part of the marketing plan, but it’s not the starting point and it’s certainly not the most important bit.

A general manager at a client I advise recently asked me to chat with a marketing manager about his 2016-17 marketing plan. The GM was worried it was all “bells and whistles”. Sure enough when we went through the plan there was a surfeit of digital tactics for the year ahead but when I asked him about his targeting, positioning and objectives the look on his face astonished me. It wasn’t that he was unsure of his answer, it was his abject confusion that such questions were even appropriate any more. I used to battle against the executives from finance and accounting who sneeringly referred to marketing as the “colouring-in department”.  As time goes on I fear they might have a point.

As the greatest strategist of them all, Sun Tzu, observed more than two millennia ago: “Tactics without strategy is the noise before defeat.” I hope so. Because we need an urgent re-centering of marketing back towards strategic fundamentals before it’s too late.

If you disagree with me get over to Campaign and sign up for their shiny new publication – the website’s front-page stories this week are on millennials, Snapchat, billboard hijacking and digital dating. For anyone else, I recommend climbing back up the disciplinary ladder to a higher place. It’s called marketing. We cover it weekly.​

With more brands altering their distinctive assets more frequently, often for the same reason and […]

If you don’t invest 5% of your budget in research, you don’t know what you’re doing

Accenture Song is not a great rebrand, but it could be so much worse 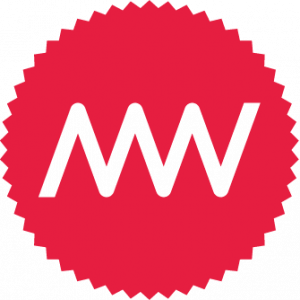 Sign up to our newsletter to keep in the loop with the latest Mini MBA news and never miss out on which brand is Mark taking aim at most recently.